Visit the oldest spa in Czechia

The oldest spa in Czechia and one of the oldest spas in Europe is located in the valley between the Central Bohemian Mountains and the ridges of the Krušné Mountains. Come visit the “little Paris of Bohemia” with attractively built spa buildings, parks, gardens, fountains, a long pedestrian zone and a Baroque Marian column.

What not to miss

It is unknown when the hot healing springs in the Teplice Spa in West Bohemia were exactly discovered, but the Celtic and Roman coins found in one of the mineral springs show that there were settlements here in the Bronze Age. Walk through the spa gardens with fountains, visit the chateau in Teplice with museum expositions and take a tour of the architecturally interesting building of the Krušné Hory theatre, built in the 1920s in the Art Nouveau and modern style. And when you are at Zámecké náměstí in the centre of Teplice, do not miss the high Baroque Marian column by Matyáš Bernard Braun.

In Teplice you can stay in several large spa houses. The most famous is called Císařské lázně (Emperor’s Spa), named after its most famous guest – Austrian-Hungarian Emperor Francis Joseph I. Another one bears the name of an excellent composer who also visited Teplice – Lázeňský dům Beethoven (Beethoven’s Spa House).

Did you know that the name of the spa has made it to the far north? On Rudolf Island in Franz Josef Land, there is Teplický záliv (Teplice Bay) and in the south of the archipelago, there is Payer Island with Payer Iceberg. Julius Payer (1841-1915) was a native of Teplice, a polar explorer and an artist. He participated in several polar expeditions and is considered the best realistic painter of the polar landscape. You can see three of his paintings in Teplice. One is in the Regional Museum, two at the local branch of the Česká spořitelna bank.

If you love water, then you will love the Aquacentrum in Teplice and the Barbora water dam in summer, which was created by flooding an open quarry. You can walk through the Botanical Gardens with several greenhouses and climb up to the ruins of the Gothic castle on Doubravská hora in the Teplice suburbs. The hill is a popular spot for romantic summer trips, and there is also a restaurant with a view of the city and the valley of the Bílina River there. 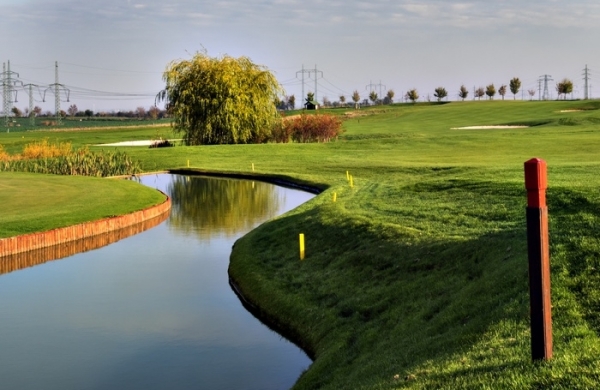