The Carlsbad Plaza Medical Spa & Wellness hotel 5*Superior original building dates back to the late 19th century. Today’s Hotel was at the time split in four separate buildings named Rudolfshof, Quirinal, Neapol and Moskau. All buildings but the Quirinal were Spa residences.

Among the Spa guests were Sigmund Freud in 1915 in the Spa residence Rudolfshof. Also in the same residence the first turkish President, Kemal Atatürk was welcomed in 1918.

After 1945 all Spa residences were confiscated by the Czechoslovakian State and became state property. The residences continued to be used as before. In 1982 the Spas were officially nominated cultural monuments.

After 1992 all four Spas joined to become ‘Sanatorium Florencie’. As all other Spa residences in Karlovy Vary were modernized the Sanatorium Florencie soon didn’t have enough customers and had to close as the public fund didn’t pay any reconstruction works.

In 2003 reconstruction works started by Eden Group a.s. to save this architectural gem from ruin. The works took over 2 years and finally, in December 2005, the Hotel Carlsbad Plaza was opened, more impressing then ever. 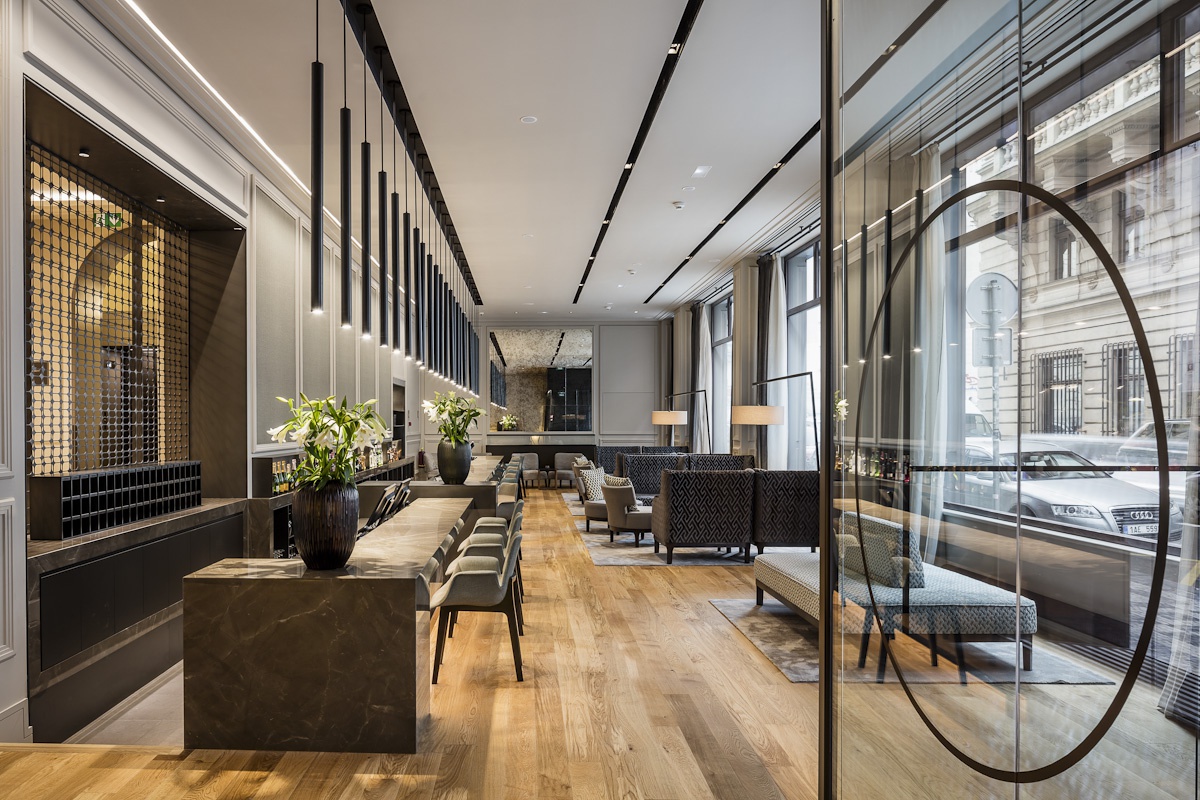